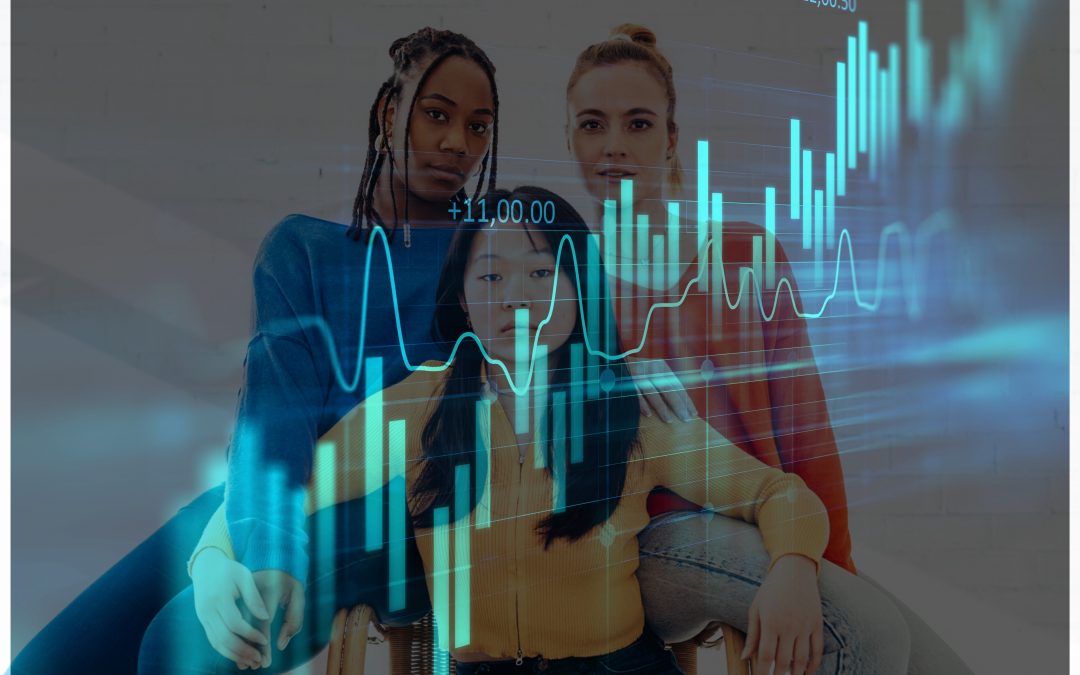 Fifty years after women first won the right to an abortion, Roe v. Wade has been overturned. As states decide what restrictions they want to impose on abortion, and whether they would like to make the procedure illegal, it could be months until the country has a definitive picture of the legal and social consequences of this major historical event. What does this mean for women’s access to healthcare in terms of coverage for abortions? Which demographics are disproportionately affected by the changes? What effect does this have on the healthcare system? This article investigates those questions.

As of right now, states are in one of the five stances on abortion: 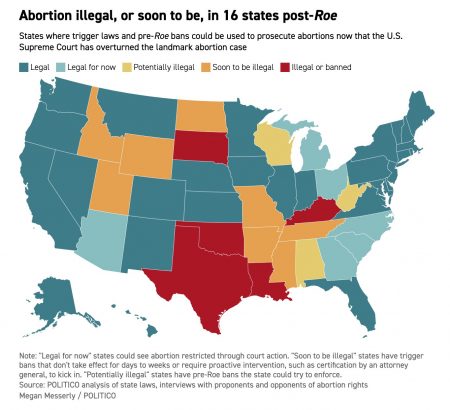 “With Roe v. Wade overturned, abortion access will vary more sharply from one state to another,” said health analyst at healthinsurance.org, Louis Norris (Healthcare Finance). States that are likely to increase their restrictions on abortions after the overturning of Roe v. Wade are also likely to get rid of abortion coverage on their health plans, meaning women in those states will lose certain access to healthcare for these procedures.

In 2014-2015, 25 states had laws banning abortion coverage in plans offered through health insurance marketplaces. Ten of those states even banned abortion on private healthcare options. Although, with the Affordable Care Act, by 2014, abortion patients were more likely to have insurance (24% in 2008 to 34% in 2014). In that year, “35% of patients had Medicaid coverage, 31% had private insurance…” and 3% acquired their insurance through HealthCare.gov or had a form that was not listed previously (Guttmacher Institute).

In terms of Medicaid, due to the Hyde Amendment, Medicaid can only use federal dollars to pay for the medical costs of abortions due to rape, incest, and endangerment of the woman’s life. This does not cover costs like transportation and housing. It is up to the state to choose whether to cover the expenses of abortions for other reasons (Guttmacher Institute). With the map above, we can begin to predict which states are going to place more restrictions on abortion in healthcare coverage (Fig. 1).

From 2008 to 2014, most abortion patients (53%) paid out-of-pocket for the procedure. The second most used form of payment was Medicaid at 24%. 96% of the individuals using Medicaid were from states (15) that allowed state funds to pay for abortions or for most of the expenses. In states that covered abortion in their Medicaid health plans, 89% of patients with Medicaid coverage used this plan to pay for their procedure. In states where abortions were not covered by Medicaid, individuals paid out-of-pocket or with private insurance (Guttmacher Institute).

In 2014, around 75% of patients were low-income. Of these individuals, 50% were below the poverty line. “Low-income women are more likely than more affluent women to have an unintended pregnancy” (Guttmacher Institute). As of 2011, women below the poverty line had an unintended pregnancy rate five times higher than women at or above twice the poverty line (Guttmacher Institute). Seeing that the second most used form of payment for abortions is Medicaid, it is clear that low-income women will be heavily impacted by the new Supreme Court decision. If their health plan, whether Medicaid or other, cannot cover their procedure, it is unlikely they will be able to afford the cost of travel to another state along with the cost of the abortion itself if their state decides to ban abortion within the next few weeks or months.

The total number of abortions from 2019-2020 was 354,871 (All.org). In 2018, 31% of Black women and 27% of Hispanic women aged 15-44 were on Medicaid, compared to 16% of white women. Further, women of color are more likely to have unintended pregnancies. As of 2011, “… Black and Hispanic women had an unintended pregnancy rate of 79 and 58 per 1,000 women [respectively]… compared with a rate of 33 per 1,000 among White women” (Guttmacher Institute). Black women are strongly overrepresented in these abortion statistics. This highlights yet another demographic that will be heavily impacted by new restrictions if abortion coverage on their health plans changes dramatically.

Overall, unintended pregnancies place a large burden on socioeconomic aspects of society. The follow through of these pregnancies lead to increased public funding of healthcare services, ultimately affecting economic efficiency and contributing to economic slowdown (National Library of Medicine).

Research shows that women forced to deliver unwanted or unplanned babies tend to engage in high-risk activities such as lifting heavy objects and using injections and chemical/herbal medicines (National Library of Medicine). These kinds of activities can lead to health problems in the baby itself, increasing chances of infant mortality and illnesses that continue to affect its quality of life. This, once again, leads to a greater ongoing need for public funding of these babies and for the women themselves for carrying out the pregnancy (i.e., hospital bills, aftercare, etc.).

Even more, according to the Children’s Health Insurance Program (CHIP), around 12.1 billion dollars is spent on 1.25 million unwanted pregnancies, while 103 million goes towards abortion services. By preventing unwanted pregnancies, these government, publicly funded costs can be driven down (National Library of Medicine).

As states begin to decide whether they want to cover abortion in their health plans, many women’s accesses to pregnancy related healthcare will change. As stated before, 75% of abortion patients are low-income with 50% below the poverty line. Those below the poverty line have an unintended pregnancy rate five times higher than their more affluent counterparts. Black women are overrepresented in unintended pregnancy rates and Medicaid coverage. The cost of being forced to have unwanted babies will only keep these patients in this low-income bracket or push them even further down.

Even if they are banned from using their insurance to pay for an abortion, by forcing thousands of women to bring in thousands of unwanted babies into society, they will constantly rely on government funding to pay for the medical costs of the pregnancy and the complications that could come after. This will ultimately increase the burden on American taxpayers and place the lives of many women and babies at risk due to unsafe pregnancies and uncertain long-term outcomes.

Following the decision of Roe v. Wade, many large companies are announcing that they will cover travel expenses for employees that must travel out-of-state for their abortion procedure. Companies like Amazon and Dick’s Sporting Goods will cover up to $4,000 in travel expenses. JPMorgan and Condé Nast also plan to cover abortion travel-related costs. Due to this kind of support, will women start seeking out companies with abortion coverage? This is yet another question that arises from this historical event (HR Daily Newsletter, shrm.org).

Characteristics of U.S. Abortion Patients in 2014 and Changes Since 2008: https://www.guttmacher.org/report/characteristics-us-abortion-patients-2014